Sometime during the early sixties when I was reflecting on a passage by Tsongkhapa [founder of the Gelugpa school to which the Dalai Lama belongs] about unfindability and the fact that phenomena are dependent on conceptuality, it was as if lightning coursed within my chest. Here is the passage:

A coiled rope’s speckled color and coiling are similar to those of a snake, and when the rope is perceived in a dim area, the thought arises, “This is a snake.” As for the rope, at that time when it is seen to be a snake, the collection and parts of the rope are not even in the slightest way a snake. Therefore, that snake is merely set up by conceptuality.

In the same way, when the thought “I” arises in dependence upon mind and body, nothing within mind and body—neither the collection which is a continuum of earlier and later moments, nor the collection of the parts at one time, nor the separate parts, nor the continuum of any of the separate parts—is in even the slightest way the “I.” Also there is not even the slightest something that is a different entity from mind and body that is apprehendable as the “I.” Consequently, the “I” is merely set up by conceptuality in dependence upon mind and body; it is not established by way of its own entity.

The impact lasted for a while, and for the next few weeks whenever I saw people, they seemed like a magician’s illusions in that they appeared to inherently exist but I knew that they actually did not. That experience, which was like lightning in my heart, was most likely at a level below completely valid and incontrovertible realization. This is when my understanding of the cessation of the afflictive emotions as a true possibility became real. 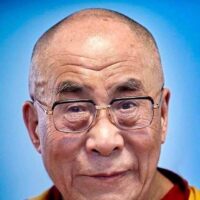