The nature of the mind is primordially immaculate, and yet it is veiled by ignorance and defilement whereby samsaric action is engendered. Thus the virtue of ordinary beings is feeble and inconstant; it is like lightning that flashes briefly between the clouds in a dark black sky lit by neither sun nor moon.

Such virtue, practiced fitfully, produces mere merit and nothing more. After yielding its result, happiness in the divine or human realms, it is exhausted like the plantain, the castor-oil plant, or the bamboo cane, which bear their fruit and wither.

By contrast, the miraculous tree of virtue combined with bodhichitta is like a seed planted in fertile, well-farmed land. It brings forth a copious and proliferating harvest: the abundant happiness of the upper realms of samsara, which constantly increases until the peace of great enlightenment is attained. 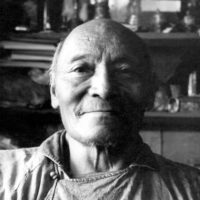 from the book Treasury of Precious Qualities

Read a random quote or see all quotes by Kangyur Rinpoche.

Further quotes from the book Treasury of Precious Qualities