It is necessary to distinguish between the mere aspiration to achieve enlightenment and the actual effort put forth toward fulfillment of your resolve. Whenever your actions are motivated and guided by your intent to win enlightenment for the sake of all beings, those actions constitute the Bodhichitta of application. It is like first making up your mind to make a journey it India and then taking the steps to get there: you buy the ticket, board the plane, undergo the experience of traveling, and finally arrive at your destination. In the same way, the Bodhisattva first makes up his mind to strive solely for Buddhahood and then undertakes to train in the six paramitas as and so forth.

What makes this resolve and this action a manifestation of your Bodhichitta is the presence in your mind of great love and great compassion, especially the latter. With a friend sense of the limitless sufferings with which beings are faced—a sense that you cannot bear to be indifferent to their sufferings, nor to have them remain in their sufferings—you feel impelled to make any effort in your power to remove them from those sufferings. When you have this sense of compassion, and when it is so intense that you feel it to be almost unbearable, then you can be said to be motivated by true great compassion, and whatever action you take to attain Buddhahood automatically becomes Bodhichitta because it is genuine.

The same is true of your aspiration: it is not merely a verbal promise or an intention to sooner or later get around to doing something for beings. It becomes true Bodhichitta of aspiration only when you feel it from the heart and follow it up with the right actions. As the Bodhisattva Maitreya said:

It doesn’t look good if an intelligent person who is carrying on his head the great burden of all living beings dallies along the way. One who has resolved to liberate himself and others from the bonds of worldly existence should exert himself in efforts that are a hundredfold greater than usual. 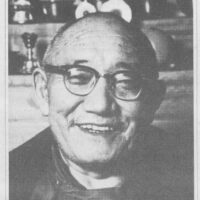 from the book The Three Levels of Spiritual Perception: A Commentary on The Three Visions

Read a random quote or see all quotes by Dezhung Rinpoche.

Further quotes from the book The Three Levels of Spiritual Perception