In a dream there’s nothing substantial but there is the mere appearance of something substantial. Thus, its true nature transcends both existence and nonexistence. Its true nature is not something we can describe with these kinds of terms, because it is beyond any type of thing we might be able to think up about it. And so, just like a flower that appears in a dream, all phenomena that appear, wherever they appear, are the same. They all appear in terms of being a mere appearance. There is nothing substantial to them, and their true nature transcends both existence and nonexistence and any other idea. All phenomena that appear to us in this life are exactly the same. 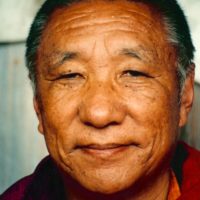 Read a random quote or see all quotes by Khenpo Tsultrim Rinpoche.