Some people think science should take the place of religion in the modern world, but many others, even great scientists, disagree. Albert Einstein once said, “Science without religion is lame, religion without science is blind.” We need science. But we need religion, too. Scientific advancement brings consequences. Because of science, we have terrible nuclear weapons to deal with. Further, material progress has increased the disparity between rich and poor, to a point that seems almost unbridgeable. Without conscious thought and heartfelt direction, technology and science can potentially cause as much harm as good, and possibly more.

I think that science can be seen as our limbs – our hands and feet – while spirituality can serve as our eyes. Our hands and feet alone cannot tell us which direction to go. In fact, it can be dangerous to be efficient at moving ahead rapidly if we cannot see what lies ahead. We need to be able to foresee the consequences of scientific developments. We cannot think of science just as progress. We need to ask: Progress toward what? 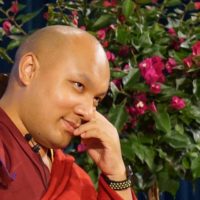 Further quotes from the book The Heart Is Noble: