That itself which is abiding does not abide ~ Buddha was last modified: August 21st, 2018 by dorjeduck 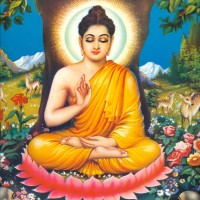 Read a random quote or see all quotes by Buddha.