Since emptiness, from between positive and negative phenomena, is a negative phenomenon and, from between affirming negatives and non-affirming negatives, is a non-affirming negative, when it appears to the mind, nothing will appear except an absence of such inherent existence—a mere elimination of the object of negation. Thus, for the mind of a person realizing emptiness there is no sense of, “I am ascertaining emptiness,” and there is no thought, “This is emptiness.” If you had such a sense, emptiness would become distant. Nevertheless, the emptiness of inherent existence is ascertained and realized.

After such realization, even though whatever phenomena appear appear to exist in their own right, you understand that they do not exist that way. You have a sense that they are like a magician’s illusions in that there is a combination of their appearing one way but actually existing another way. Though they appear to exist inherently, you understand that they are empty of inherent existence.

When phenomena are seen this way, the conceptions that superimpose a sense of goodness or badness on phenomena beyond what is actually there and serve as a basis for generating desire and hatred lessen; this is because they are based on the misconception that phenomena are established in their own right. 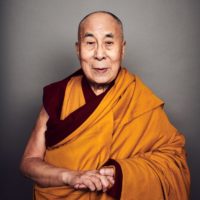 from the book Kindness, Clarity, and Insight

Further quotes from the book Kindness, Clarity, and Insight: