Because all phenomena appear to exist in their own right, all of our ordinary perceptions are mistaken. Only when emptiness is directly realized during completely focused meditation is there no false appearance. At that time, the dualism of subject and object has vanished, as has the appearance of multiplicity; only emptiness appears. After you rise from that meditation, once again living beings and objects falsely appear to exist in and of themselves, but through the power of having realized emptiness, you will recognize the discrepancy between appearance and reality. Through meditation you have identified both the false mode of appearance and the false mode of apprehension. 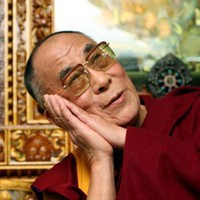 from the book How to Practice: The Way to a Meaningful Life

Further quotes from the book How to Practice: