To understand selflessness, you need to understand that everything that exists is contained in two groups called the two truths: conventional and ultimate. The phenomena that we see and observe around us can go from good to bad, or bad to good, depending on various causes and conditions. Many phenomena cannot be said to be inherently good or bad; they are better or worse, tall or short, beautiful or ugly, only by comparison, not by way of their own nature. Their value is relative. From this you can see that there is a discrepancy between the way things appear and how they actually are. For instance, something may—in terms of how it appears—look good, but, due to its inner nature being different, it can turn bad once it is affected by conditions. Food that looks so good in a restaurant may not sit so well in your stomach. This is a clear sign of a discrepancy between appearance and reality.

These phenomena themselves are called conventional truths: they are known by consciousness that goes no further than appearances. But the same objects have an inner mode of being, called an ultimate truth, that allows for the changes brought about by conditions. A wise consciousness, not satisfied with mere appearances, analyzes to find whether objects inherently exist as they seem to do but discovers their absence of inherent existence. It finds an emptiness of inherent existence beyond appearances. 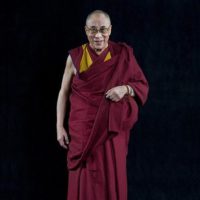 from the book How to Practice: The Way to a Meaningful Life

Further quotes from the book How to Practice