The Unity of Shamatha and Vipashyana ~ Tsele Natsok Rangdrol was last modified: August 22nd, 2016 by dorjeduck

Shamatha is generally held to mean abiding in the state of bliss, clarity, and nonthought after conceptual thinking has naturally subsided. Vipashyana means to see nakedly and vividly the essence of mind that is self-cognizant, objectless, and free from exaggeration and denigration. Put another way, shamatha is said to be the absence of thought activity, and vipashyana is recognizing the essence of thought.

Numerous other such statements exist, but, in actuality, whatever manifests or is experienced does not transcend the inseparability of shamatha and vipashyana. Both stillness and thinking are nothing but the display of the mind alone; to recognize your essence at the time of either stillness or thinking is itself the nature of vipashyana.

Shamatha is not to become involved in solidified clinging to any of the external appearances of the six collections, while vipashyana is the unobstructed manifestation of perception. Thus within perception the unity of shamatha and vipashyana is complete.

Vividly recognizing the essence of a thought as it suddenly occurs is shamatha. Directly liberating it within natural mind, free from concepts, is vipashyana. Thus within conceptual thinking shamatha and vipashyana are also a unity. 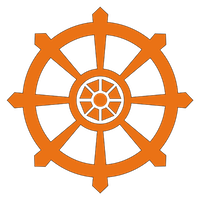 quoted in the book Jewels of Enlightenment: Wisdom Teachings from the Great Tibetan Masters
Read a random quote or see all quotes by Tsele Natsok Rangdrol.

Further quotes from the book Jewels of Enlightenment: