All Dharma has a single goal ~ Dilgo Khyentse Rinpoche was last modified: February 16th, 2021 by dorjeduck

The Buddha gave eighty-four thousand different teachings, all of them designed to subdue ego-clinging. This was the only reason why he set them forth. If they do not act as an antidote for our attachment to self then all practice is in vainas was the case with the Buddha’s cousin Devadatta. He knew as many sutras as an elephant could carry on its back but because he could not shake off his clinging to self he went to hell in his next life.
The extent to which we have been able to overcome our self-attachment will show the degree to which we have used the Dharma properly. So let us try very hard. 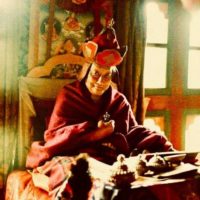 from the book Enlightened Courage: An Explanation of the Seven-Point Mind Training