What is delusion? How shall we define it? It is just as when a madman runs outside on a cold winter’s day and jumps into the water to wash himself, too deranged to realize that his body is being frozen. We think that such a man is insane, but in exactly the same way, when a Bodhisattva, clear-minded and undeceived, looks at us, our activities seem to him as demented as those of the lunatic! We should be quite convinced that we are thoroughly deluded and that when things appear to us the way they do, separate from our minds, they do not possess the slightest degree of reality in themselves. But what is it that creates this illusion? It is the mind, and it does so when it takes as real that which is illusory and non-existent. Nevertheless, we should clearly understand that such delusion is actually quite distinct from the mind in itself, the Buddha-nature or Sugatagarbha; it is not something, therefore, which it is impossible for us to remove. 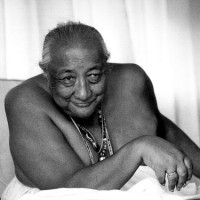 from the book Enlightened Courage: An Explanation of the Seven-Point Mind Training
Read a random quote or see all quotes by Dilgo Khyentse Rinpoche.