Siddhartha was also trying to cut suffering at its root. But he was not dreaming up solutions such as starting a political revolution, migrating to another planet, or creating a new world economy. He wasn’t even thinking about creating a religion or developing codes of conduct that would bring peace and harmony. He explored suffering with an open mind, and through his tireless contemplation Siddharta discovered that at the root, it is our emotions that lead to suffering. In fact they are suffering.

One way or another, directly or indirectly, all emotions are born from selfishness in the sense that they involve clinging to the self. Moreover, he discovered that, as real as they may seem, emotions are not an inherent part of one’s being. They are not inborn, nor are they some sort of curse or implant that someone or some god has thrust upon us.
Emotions arise when particular causes and conditions come together, such as when you rush to think that someone is criticizing you, ignoring you, or depriving you of some gain. Then the corresponding emotions arise. The moment we accept those emotions, the moment we buy into them, we have lost awareness and sanity. We are “worked up.”

Thus Siddhartha found his solution — awareness. If you seriously wish to eliminate suffering, you must generate awareness, tend to your emotions, and learn how to avoid getting worked up. If you examine emotions as Siddhartha did, if you try to identify their origin, you will find that they are rooted in misunderstanding and thus fundamentally flawed.
All emotions are basically a form of prejudice; within each emotion there is always an element of judgment. 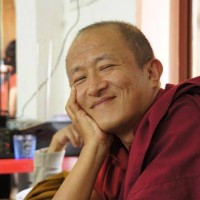