One day a monk noticed a tear in Gautama Buddha’s robe and offered to stitch it, but Buddha refused his offer. He kept walking and begging alms in his torn robe. When he headed toward the hideout of a destitute woman, the monks were puzzled because they knew that she had no alms to offer. When she saw his torn robe, the woman offered to mend it with what little string she had. Siddhartha accepted and declared that her virtue would allow her to be reborn in her next life as a queen of the heavens. Many people who heard this story were inspired to acts of generosity of their own. 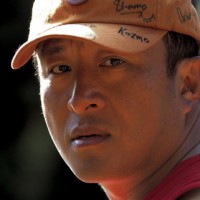