The actual nature of the mind ~ Lama Yeshe was last modified: August 29th, 2016 by dorjeduck

Don’t think of Buddhism as some kind of narrow, closed-minded belief system. It isn’t. Buddhist doctrine is not a historical fabrication derived through imagination and mental speculation, but an accurate psychological explanation of the actual nature of the mind. 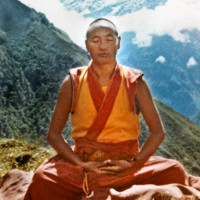 from the book Becoming Your Own Therapist: An Introduction to the Buddhist Way of Thought

Read a random quote or see all quotes by Lama Yeshe.

Further quotes from the book Becoming Your Own Therapist