The essence of mind that is primordially empty and rootless is unlike holding the idea of emptiness in mind, and it is not the same as the sustained attempt to feel empty. Neither of these helps very much. By growing used to this natural, original emptiness again and again, we become accustomed to it. Then there will be a stretch throughout the whole day from morning to evening, which is only empty awareness untainted by notions of perceived objects or the perceiving mind. This corresponds to having attained the bodhisattva levels, the bhumis. When there is never a break throughout day and night, that is called buddhahood, true and complete enlightenment. 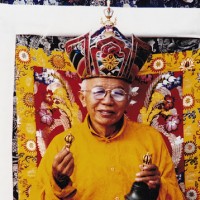 Further quotes from the book As It Is, Vol. 2