In ancient India, people used the term “guru” with genuine veneration. If a guru was not a savior, at least he or she was worthy of trust, someone to lean on. Spiritual gurus were associated with wisdom and protection, leading a way on a path to the truth. Now the word “guru” is frequently associated with power, sex, money, hypocrisy, and, in the Tibetan’s case, thrones, brocades, entourages, and glittering monasteries. It has been reduced to mean a person rather than a path or a technique.

As I have said, language and definitions have a powerful impact on our understanding, so it’s important to discuss the various meanings and interpretations of “guru”. The Sanskrit word guru is elastic. Taxi drivers call each other “guru”. Students call their math teachers “guru”. But the Tantric Buddhist word “Guru” is not the same as the “priest” or “houfo” (Chinese for “living Buddha”).

Chinese also have something called fawang, which means “Dharma king,” but this concept has nothing to do with Buddhism; it’s cultural. It’s rise in popularity has created a rush of activity among the Tibetans to acquire the fawang title. Imagine a Vatican with one hundred popes, some of whom are just ten years old and barely know how to wipe their noses. That is the kind of result the Tibetans are getting.

Even the Tibetan term tulku, meaning “manifestation,” and yangsi, meaning “reexisting” or “reincarnation,” are not synonymous with “guru.” Just because someone is a priest, a huofo, a tulku, or a yangsi does not mean he or she is ready-made guru to be sought after. 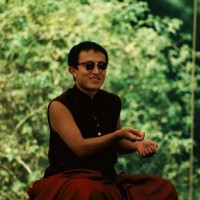