The habit of self ~ Dzongsar Khyentse Rinpoche was last modified: December 6th, 2020 by dorjeduck

Habit makes us weak against the self. Even simple habits die hard. You may be aware of how bad smoking is for your health, but that doesn’t necessarily convince you to stop smoking, especially when you enjoy the ritual, the slender shape of the cigarette, the way the tobacco smolders, the fragrant smoke curling around your fingers.

But the habit of self is not just a simple addiction like smoking cigarettes. From time immemorial we have been addicted to the self. It is how we identify ourselves. It is what we love most dearly. It is also what we hate most fiercely at times. Its existence is also the thing that we work hardest to try to validate. Almost everything that we do or think or have, including our spiritual path, is a means to confirm its existence. It is the self that fears failure and longs for success, fears hell and longs for heaven. The self loathes suffering and loves the causes of suffering. It stupidly wages war in the name of peace. It wishes for enlightenment but detests the path to enlightenment. It wishes to work as a socialist but live as a capitalist.

When the self feels lonely, it desires friendship. Its possessiveness of those it loves manifests in passion that can lead to aggression. Its supposed enemies — such as spiritual paths designed to conquer the ego—are often corrupted and recruited as the self’s ally. Its skill in playing the game of deception is nearly perfect. It weaves a cocoon around itself like a silkworm; but unlike a silkworm, it doesn’t know how to find the way out. 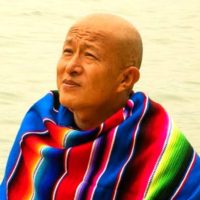